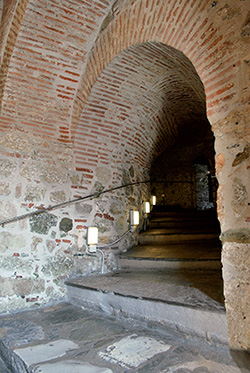 The White Tower is circular, with a height of 33.90 meters and a diameter of 21.70 meters. It consists of a ground (entrance) floor and six upper stories. It is built of stone, plaster, and partially of brick the battlements, the roof over the entrance and the ground floor and the staircase vault are built exclusively of brick.

Apart from the ground floor and the sixth floor, which consist only of a circular space, the other five floors were formed with a circular space in the center (diameter 8.50 m.) and small rooms around their perimeter which communicate with the main space either directly or indirectly through low openings.

From an architectural standpoint, the Tower’s construction consists of two cylinders, an outer and an inner one. The outer cylinder rises as far as the fifth story; the inner cylinder is one story taller and thus a terrace is formed on the exterior that offers an exceptionally fine view of the city and Mt. Olympus. Between the two cylinders was a built spiral staircase composed of 92 steps. Forty windows permit daylight to illuminate the Tower’s interior.

Until the early twentieth century, the Tower was surrounded by a low octagonal surrounding wall, with small octagonal towers at three of its corners. The wall, probably constructed in 1535/36, was demolished in 1911.

Restoration
After the Tower was ceded to the Ministry of Culture in 1983, the 9th Ephorate of Byzantine Antiquities began conservation and restoration work on the monument. The exterior face was repaired with grout (a filling of cracks in the masonry with liquid mortar), pointings (replacement of the mortar in the masonry joints), with repair and replacement of the stone cantilevers of the battlements and rebuilding of the battlements and the cantilever arches. On the building’s interior, paint, revetments, suspended ceilings and additions belonging to recent years were removed, followed by conservation and restoration. The guiding principle of the work was to make as few interventions as possible so as to avoid distorting the monument’s form. Restoration was completed in 1985, and the project was honored in 1988 with the Europa Nostra prize.
‹ › × 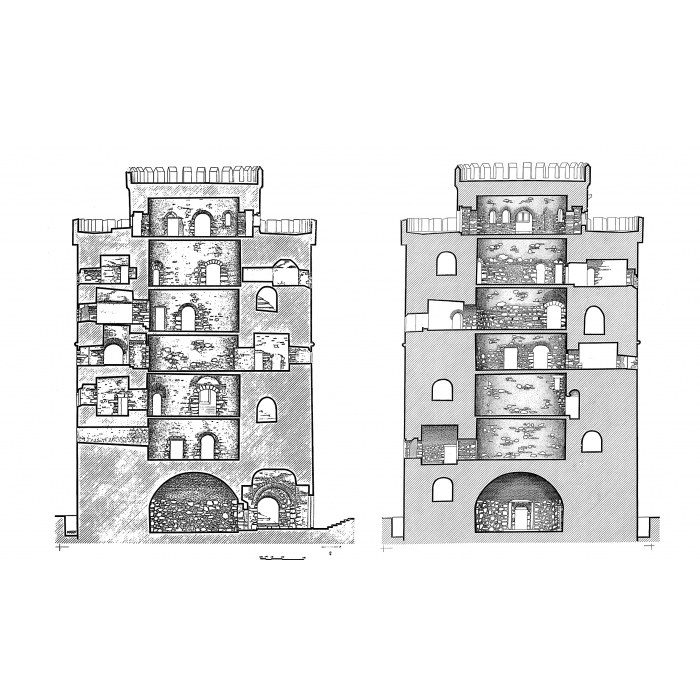 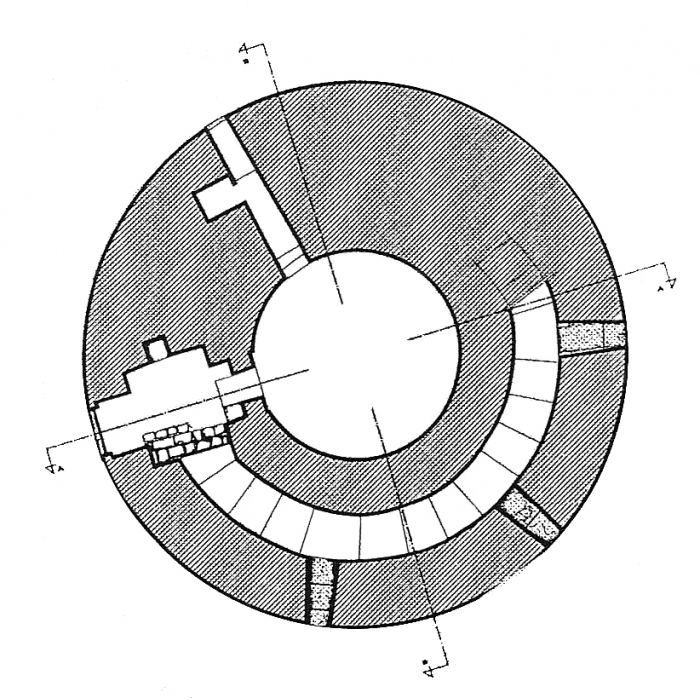 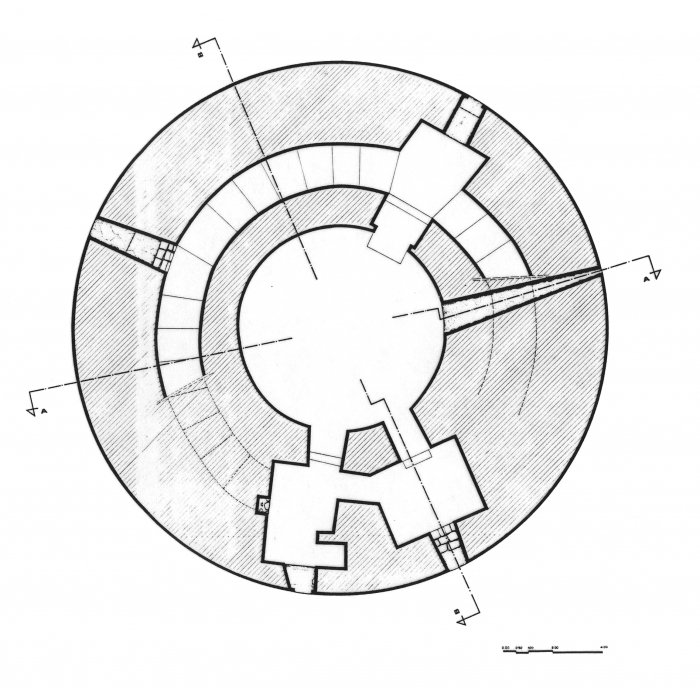 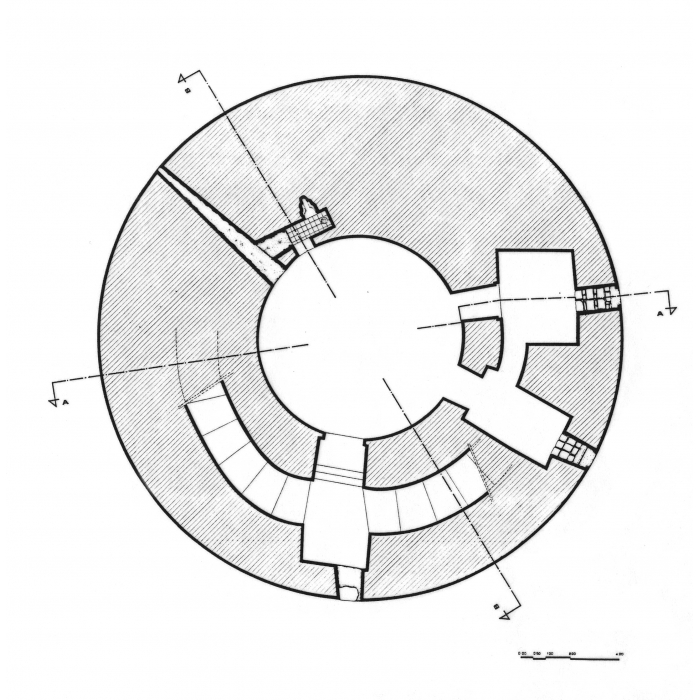 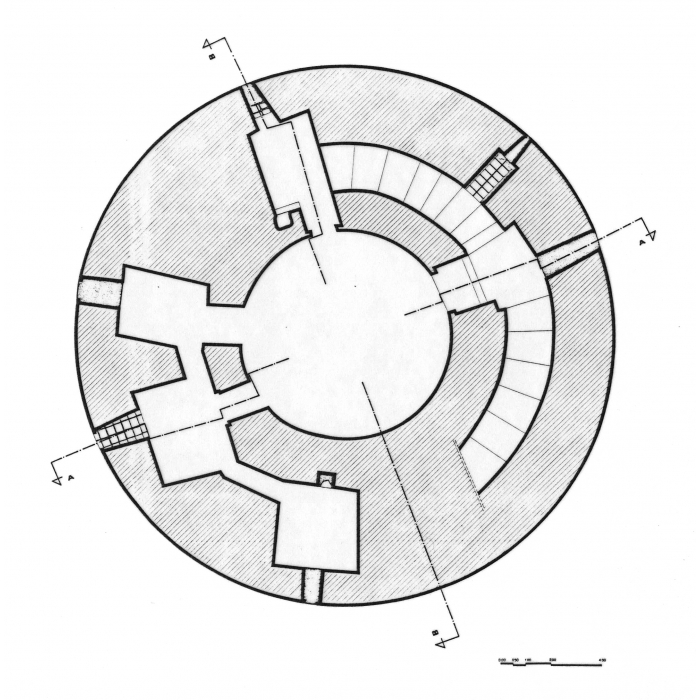 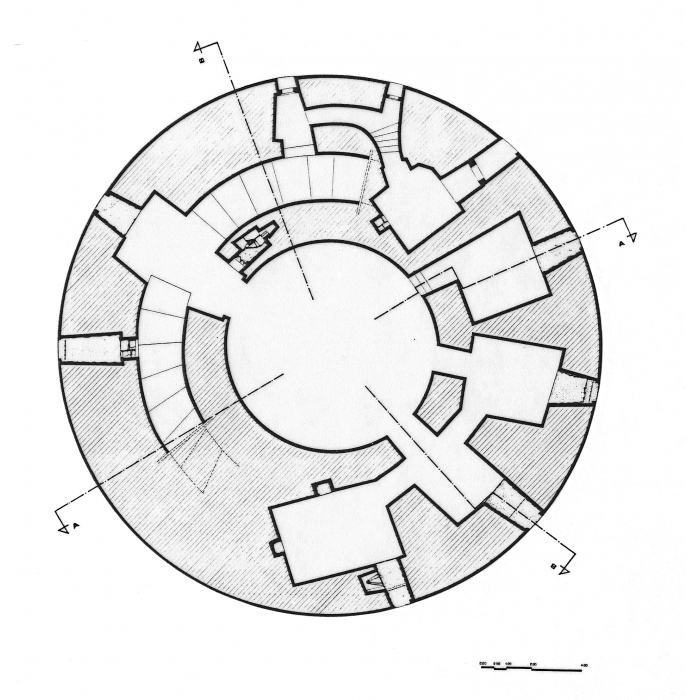 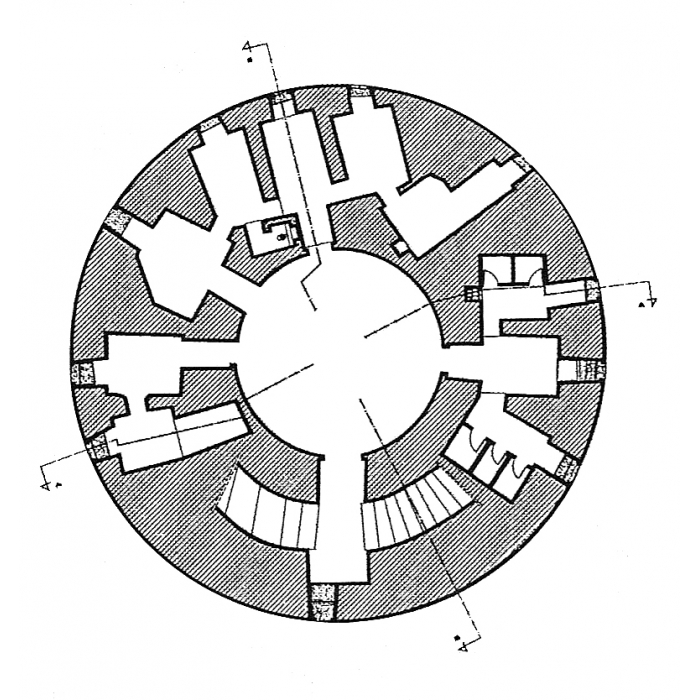 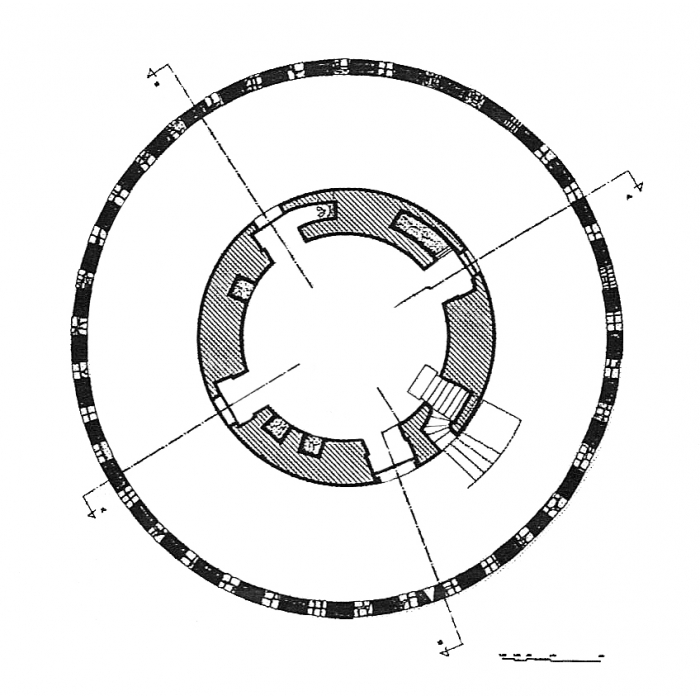