The theme is the city planning history of Thessaloniki and its infrastructure.

In the main area, the central exhibit is a three-dimensional graphic composition, sub-divided into multiple levels-blocks and depicting wall masonry and architectural forms characteristic of the city in various eras. On the circular platform that forms the base of the composition, the front side presents in projection form the evolution of Thessaloniki’s urban development over time, from its original core of 2,000 hectares to its final extent of 3,000 hectares, which remained the same until the nineteenth century. In the remaining area of the platform, various ancient objects have been “left”, as an allusion to the city whose past is buried beneath the foundations of modern apartment buildings. Three screens around the perimeter present the city’s main infrastructure components: fortifications, water supply, and port.

The surrounding rooms provide commentary on subjects related to the change in the city’s profile in the late nineteenth and early twentieth centuries, including the demolition of the city’s walls, its expansion, the Great Fire of 1917, and the ensuing urban redesign of the city by the French architect Ernest Hébrard. 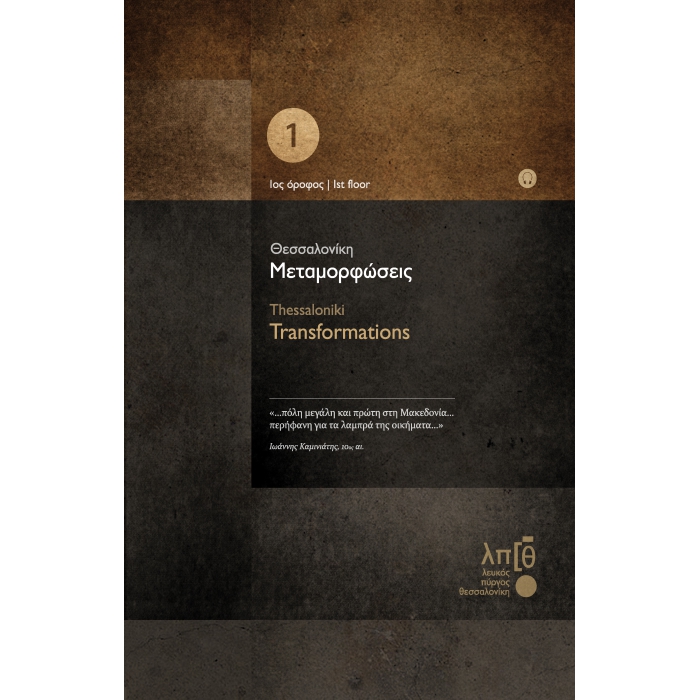 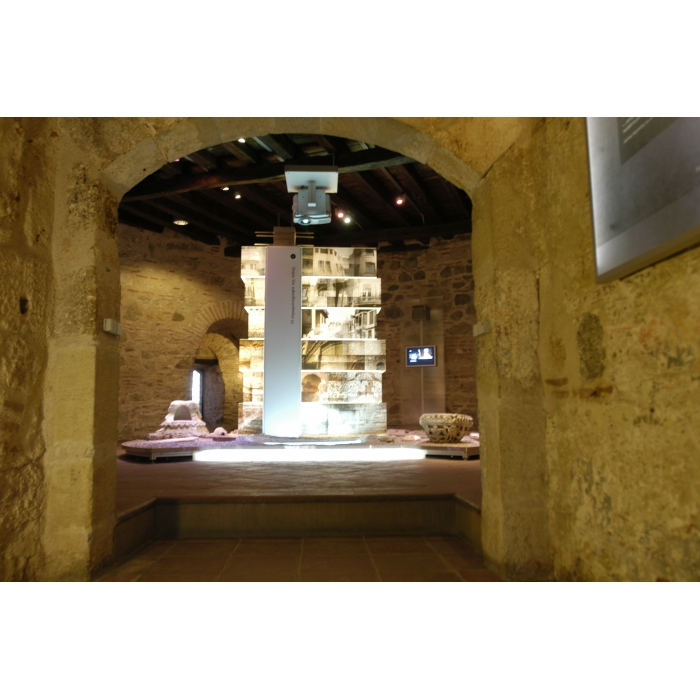 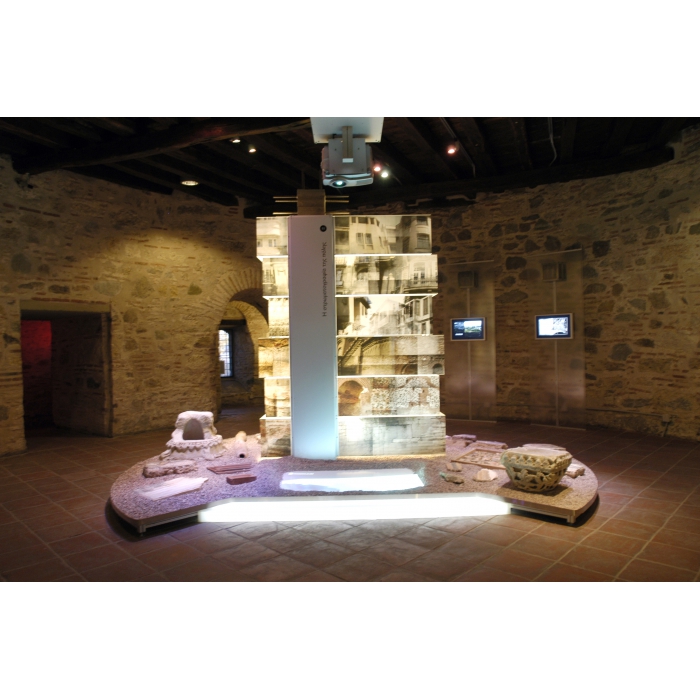 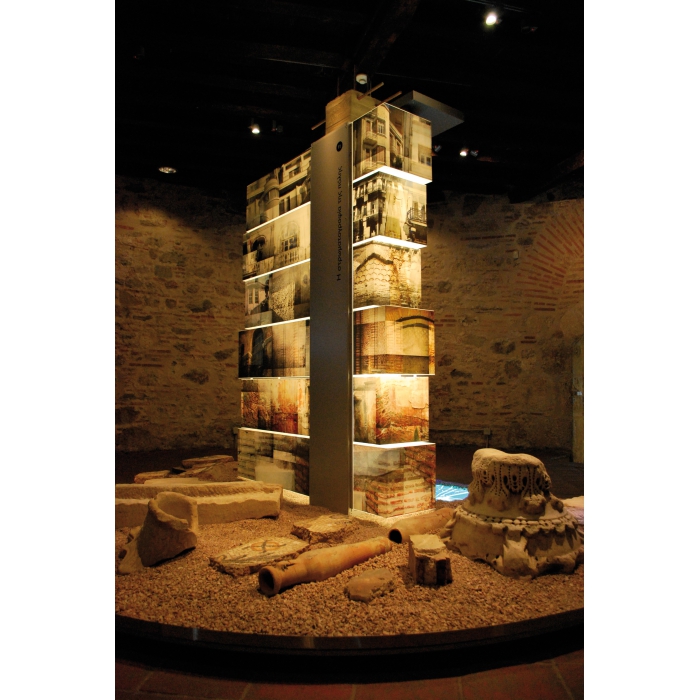 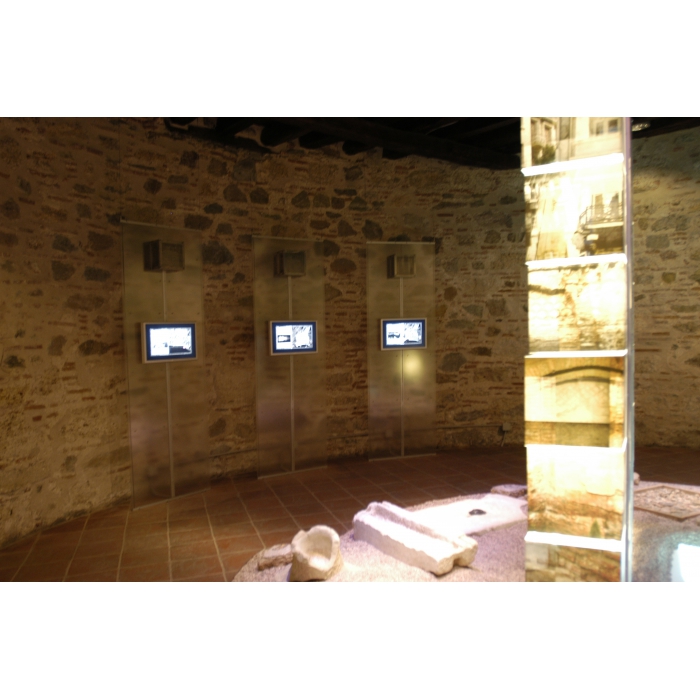 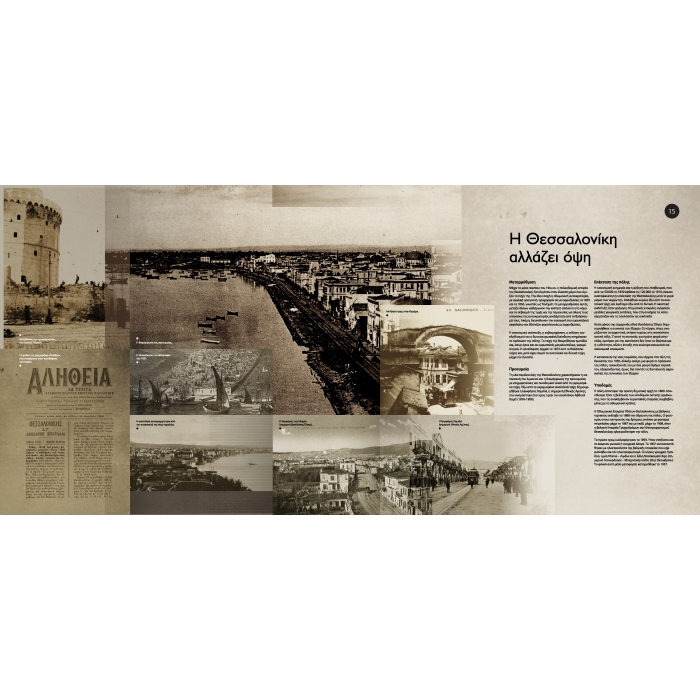 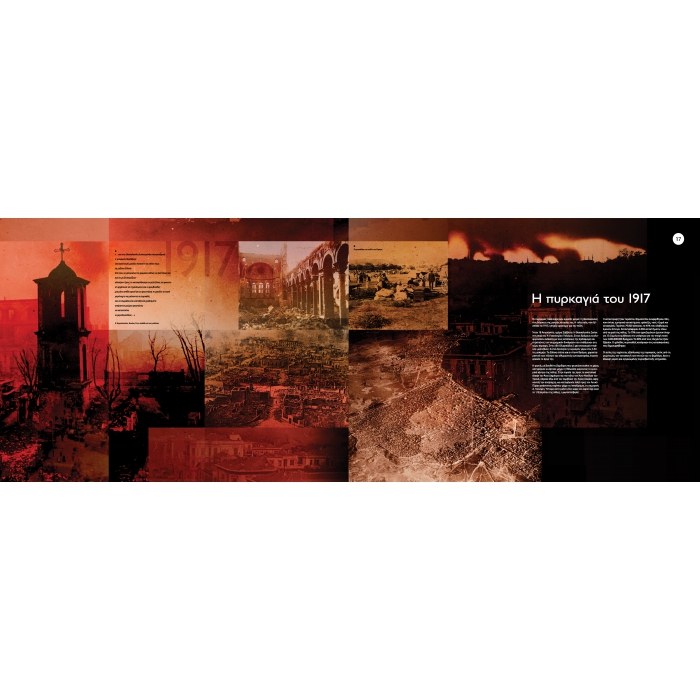 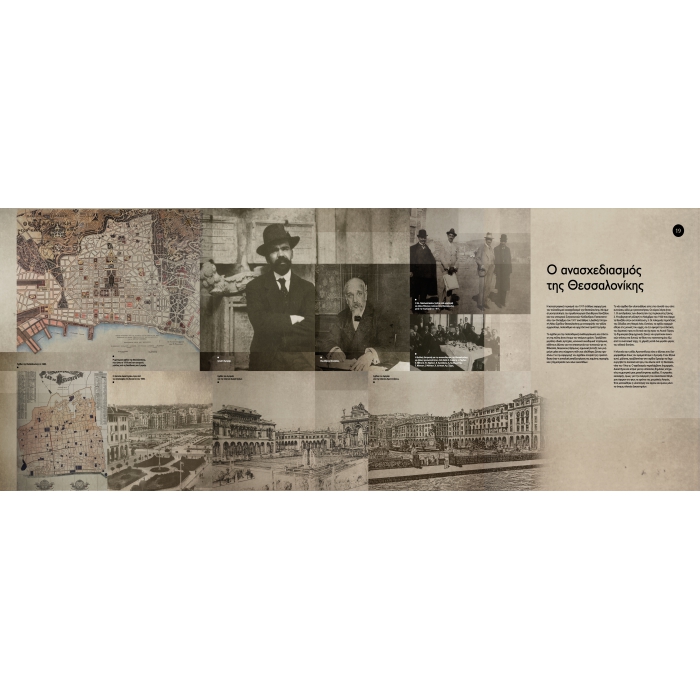 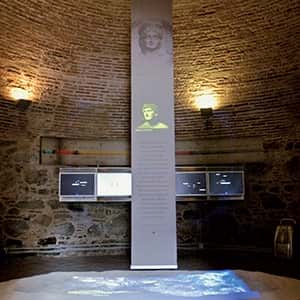 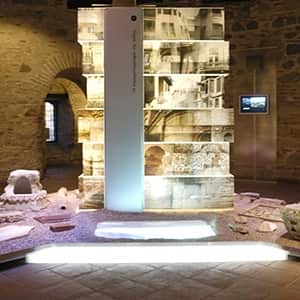 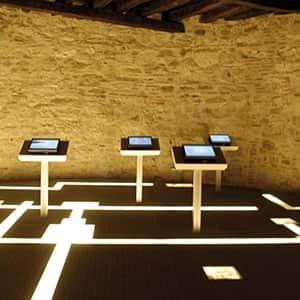 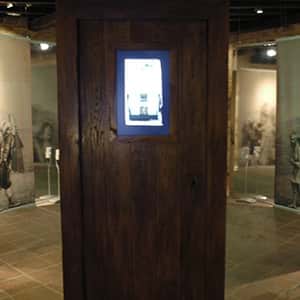 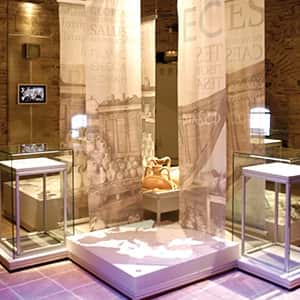 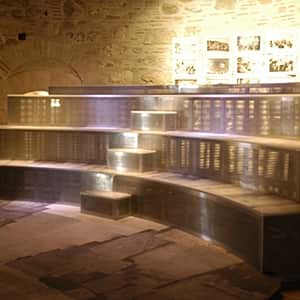 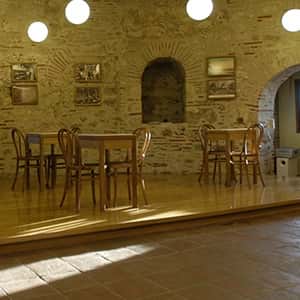 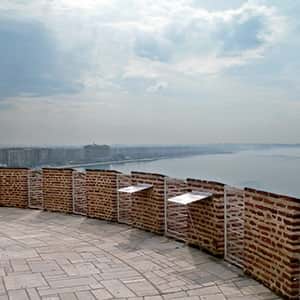